There are profits and then there are “profits”.

Let’s look at the profits reported to you the investor by the corporations that the financial media gush all over:

“First-quarter earnings season has been very strong by several measures, with early results driving the most recent leg up in the market and helping to support elevated levels of valuation,” Lindsey Bell, investment strategist at CFRA, said in a report. “It’s safe to say the market has successfully emerged from the earnings recession.”

It makes me just want to buy buy buy.

Now let’s look at the corporate profits reported by the corporations themselves to the SEC under threat of jail time.

Oops, so much for that corporate profit growth narrative. Not that anyone watching the financial media will know.

Real profits are down 2.7% from last quarter.  A tad bit lower than the 15% growth reported in the media.  But don’t worry, the media will maintain the positive narrative since they only care about non-GAAP profits spoon fed to them by the price-seeking corporations and wall street analyst who make up “future” earnings ratios and happy narratives.

Real corporate profits do not fit in with the narrative of a growing economy and nose-bleed high stock market.  The bottom line is corporate profits are stuck in late 2011 while the SP500 index has blasted 90% higher since that time. Wall street must think investors are easy to trick. They may be onto something.

In late 2011, the SP500 reported Earnings-Per-Share (EPS) of $87 per share.  By late 2016, the SP500 reported EPS had grown to only $94.50 or 8.6% higher.  Most of this meager gain in EPS can be attributed to corporate share buybacks out of corporate cash flow or new debt. Yes, it is so easy to ramp up EPS by increasing leverage and killing the balance sheet.

Increasing leverage (debt) to invest in future economic production is what capitalism is all about.  But increasing debt to financially engineer higher reported EPS is bad economics and comes with a price down the road.

Corporate debt has to be paid back out of future cash flow.  If future cash flow and profits are no higher than today’s then we can expect the corporations to default on their obligations in the future when the next recession arrives or sooner.  Or at least stop with the buybacks when the credit agencies stop taking bribes.

So how are US corporations as a whole managing their debt loads. “Managing” may not be the right word.

I added some lines and a few comments on Haver Analytics chart to point out that the last two peaks in corporate debt-to-earnings occurred AFTER the recession and after the 50% plunges in the SP500!  Debt is now approaching twice the level of the last two market tops.

Corporations using debt bought more of their own shares than all other investors in 2016.  Don’t get me wrong, there is still some investment into future production and services – probably a lot of job-killing robots and kiosks in the mix.

We have reached a new plateau (of hubris)

We are witnessing a global central bank induced stock market melt-up with a higher debt-to-earnings ratio than the BOTTOM of the last two recessions.  But don’t worry, Fed Chairwoman Yellen doesn’t believe there will be another financial crisis in our life times. And the sub-prime mortgages were contained in 2008 and we reached a new plateau in 1929.  Happy days are here again.

With corporate leverage at credit agency downgrade levels, will corporations be able to keep buying and propping their own stocks?  A few very profitable companies will keeping buying, so we should see the broader market internals start to weaken at some point with the few out-performing the rest.  If these profitable companies give way, we would see a bear market in short order.

About that pension of yours

Underfunded pension plans will be part of the next great flushing of debt in bankruptcy or with bailouts – just look at GE.

GE’s pension shortfall is the largest of all the SP500 companies at $31 billion dollars which is 50% larger than any other company.

GE spent $45 billion on share buybacks recently to support their short term investors and CEO paycheck. That is $45 billion not spent on developing future production or their future ability to pay their workers their pension obligations.

GE’s massive shortfall comes near a market top.  The same market top reached by share buybacks and under-funding (under-expensing) pension obligations across the board.

This was not an oversight.  These were lessons learned from the last financial crisis.

Well at least wages are rising

And inflation is low 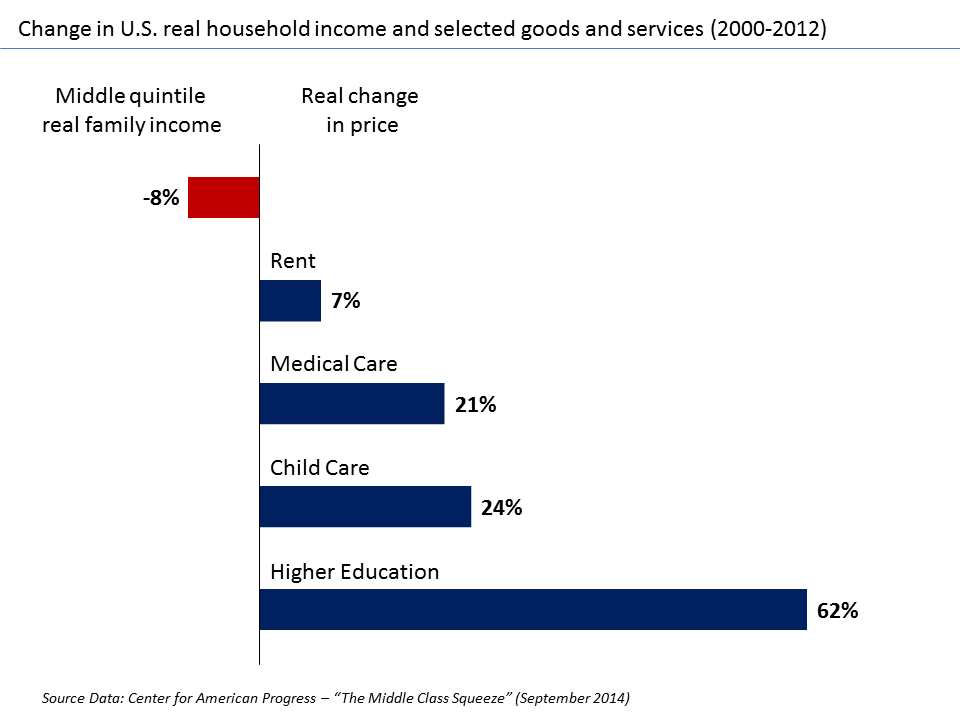 Don’t get me going about inflation… okay I will a little.

For example, the average sticker price of a car went up 30% from 1997 to 2010, but the BLS will tell you the cost of cars only went up 2% during this time and the other 28% was all quality improvements.

I do get “better quality” but it is so arbitrary to measure and they conveniently zeroed out inflation during this time. My point is you still need one whole car to get to work.

This lack of BLS calculated inflation feeds into CPI linked COLAs for many incomes. And most of these people spend everything they have coming in – the demand side of the economy takes the hit.

If this keeps up we will only be able to buy 50% of a new car in 2021.  But don’t worry, that doubling of sticker price will cost the same as 1997 adjusted for quality even though your paycheck didn’t get adjusted.

Back to the real driver of the financial markets…

The central banks are in effect reducing the available supply of stocks (yes stocks) and bonds available for other investors.  So stocks and bonds rise with the tide of incoming central bank interventions.

Money flows cross border and much of it finds its way into the US stock and bond market.

No bubble in economic growth

The central banks re-inflated the same financial bubbles that popped during the financial crisis in order to salvage the balance sheet of the global banks.  They did this while claiming the “economy” needed negative interest rates and monetary financial market interventions.  How did it work out for the economy?  Not so much.

Could it be the savers have less to spend with no earnings on their savings.  Could it be, people are looking at the returns on retirement-safe investments and are deciding they need to spend less and save more.   Could it be the low COLAs are not allowing spending to keep up with inflation.  All the above amounts to fiscal braking (on the demand side) and it is compounding every year.

Which brings us back to corporate profits

A few corporations have done exceedingly well recently and dominate the economy and markets.  Amazon is simply the best American jobs destroyer since China and Apple does most of its business overseas.  Google makes a ton of money employing few people skimming profits from every business that advertises with them. But the average US corporation is just hanging in there.

CEOs say the lack of demand is their main reason not to invest heavily in new production or services.  Most of the corporate profits repatriated from overseas the last time went into share buybacks and dividends and not investments in production in the US.

This tells us that we do not have a supply side constraint.  In other words, you can cut corporate taxes to zero and it will not help the economy grow over 2%.

When taxes on the wealthy were 70%, then yes cutting taxes worked because the economic constraint was on the supply-side.  Studies from this time period should not be used to calculate the future economic benefit of cutting corporate taxes when the effective rate is already below 20%.

The current policy push is financial stimulus masquerading as supply-side fiscal stimulus. Even if they get it passed, don’t expect a boost to economic growth.  Expect to see a further contraction of economy in the US from fiscal braking on the demand side.

The US GDP is expected to grow at less than 2% annualized in the future based on economist who always overstate future growth.  To achieve real corporate growth the GDP needs to be running at 3% or higher.  So profits are not going to catch up with stock market valuation anytime soon.

This means the stock market will need to reset significantly to return to the days when the central banks were not propping them up. But when?

Since financial prices have become detached from historically reliable indicators many analyst are struggling to explain the relentless rise in the markets (Hint: It’s the price-insensitive central bankers).

The only reliable indicator I have found remains the action of risk-sensitive investors. When they start to bail on the melt-up, then watch out below until the next round of central bank panic buying.

Currently the Federal Reserve is actively trying to reign in the markets with little success.

Maybe they don’t know that bubbles are actually self-reinforcing growth machines. And with the BOJ and ECB injection 3 trillion dollars annually, it may take more than a 0.25% rate hike every other meeting to pop the largest bubble in history.

Or maybe one day we become like Japan, where the markets just die and exist perpetually on central bank life support.

The implied volatility of Japanese government bonds reached its lowest point since January 2008. Trading in newly issued 10-year debt has become so infrequent that broker Japan Bond Trading has seen days when no bonds trade hands.

TSP Smart Investor watches market internals and investor signals that have indicated market corrections in the past while employing a simple allocation strategy that historically has beaten the indexes over the full market cycle.  Learn about us and our levels of service.

I know, I know… it looks too good to be true… click on the image to see how simple it is